Chances are you probably know someone who has had LASIK.  Millions of people have gotten rid of glasses and contact lenses or become less dependent on them.  LASIK is by far the most common laser refractive procedure. LASIK operation marked the millennium in Iceland, with the first operation performed in Iceland in the summer of 2000, which was a full decade after the Greek and Italian ophthalmologistst Pallikaris and Buratto performed the first operations.

LASIK has become the most common surgical procedure performed in the world.  Iceland is no exception to this, it has gained a status of being a reliable and safe method to gain independence from glasses or contact lenses.

The equipment used to perform the laser refractive surgery are of course extremely important.  Our laser is from Schwind Technologies in Germany.  Our laser treats myopia, astigmatism and hyperopia with incredible precision, with a tracking ability of 1MHz, which makes the laser follow the eye in all directions, so-called 5 dimensional tracking.  This increases the safety of the procedure as well as precision.  Furthermore, treatment time is lower than ever before, usually around few seconds.

But what is this operation about.  How is it performed and what causes the visual acuity of the eye to improve to the degree of the eye not needing spectacles or a contact lens anymore?

”It can be quite difficult to grasp the main features of this operation, ” explains Dr. Kristinsson.    ”The main issue is to imagine how the eye is built.  During the operation, we make a super thin segment of the outermost dome shaped tissue of the eye, called cornea.  This segment is called a flap.  The whole idea is to lift the flap and perform the laser operation underneath it.  We never enter the eye itself, we merely work on the cornea, never going deeper than approximately halfway down the corneal tissue.  If the eye is the window of the soul, the cornea is the window to the eye.  By changing the shape of the cornea, we can change the refraction of the eye, thereby making the individual independent of glasses” , says Johannes.   He further explains: “We make a flap with a certain machine we call a microkeratome.  The flap is always adherent to the rest of the cornea by a hinge.  The purpose of the flap is to protect the treatment area, as the underlying area is reshaped with the laser.”  “Following the LASIK procedure, we place the flap again on the underlying surface.  And the most amazing thing is that it doesn’t need to be sutured to the eye.  It just sticks in minutes, making it possible for people to blink normally just minutes after surgery.  This is a huge advantage and helps people to recover quickly.  The microkeratome used is a Ziemer Amadeus II, a new version of a microkeratome  with an amazing safety profile.  The Amadeus II has further improved on this  by making LASIK even safer.  Studies have failed to show any difference between the incidence of dry eyes and high order aberrations compared with a femtosecond laser.

The Schwind laser is a technological wonder with many new features aiming towards shortening the procedure while becoming even safer.  Dr. Kristinsson paid a visit to Schwind factories, situated near Aschaffenburg, Germany.  ”It was really amazing being able to see first hand how they build the laser from scratch into technological wonders.  The care, knowledge and technological expertise involved is breathtaking.  The precision and care taken during every step was almost palpable.  The people at Schwind share a true vision towards making this arguably the best laser equipment of its’ kind in the world.”

“The care and the precision is very much in spirit with the ophthalmologist´s later performing the delicate operation on the laser”, says Dr. Kristinsson.  ”There are several excimer lasers out there and many of them are excellent machines.  However, we felt the Schwind Amaris was the most promising in regards to visual outcome of patients, ease of use and overall features.    We also felt that the Presbymax treatment was probably the most advanced treatment for presbyopia out there.”

With age, the lens of the eye hardens, which makes it difficult to change its shape. 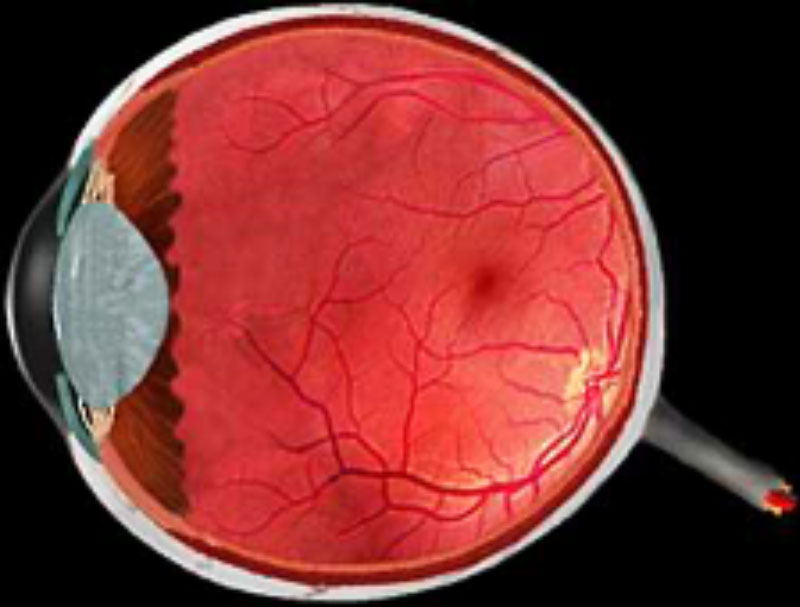 Figure 6. The lens is the gray drop shaped structure on the left side, situated just behind the iris, the brown, green or blue part of our eyes. It is one of two main lens systems of the eye, the first being the cornea, the outermost clear dome-shaped structure on the left. During LASIK, we perform an operation on the cornea, ie the first lens system. During a lens operation, such as cataract operation, the second lens system is treated, thereby bypassing the second lens system.

The lens is situated right behind the colored part of our eyes, the iris.  The hardening of the lens happens slowly over the years.  When we are young, the lens is pliable and can turn into a “plus lens”, or convex lens, which focuses on things near to us.  As the lens gets harder with age, the ability to obtain near-focus decreases and we need plus lenses in the form of reading glasses instead, usually at the age of 40-45.  ”A patient once told me: “It’s either reading glasses or dying young.  I choose reading glasses,” says Dr. Kristinsson.  ”This is called presbyopia and can hardly be called a disease, as everyone experience it,” he adds.  ”However”, he says, ” find this annoying and like to get rid of reading glasses or to be less dependent on them.  There are quite a few methods that have been developed in the last few years that address this.”  He says that several of the methods involve exchanging the lens with an artificial one, which is called a “clear lens extraction”.  In this operation, a special lens is placed instead of the hardened lens of the patient, making it possible for the patients to focus both at near and at far.  This operation, however, involves entering the eye and carries a risk, albeit small, of infective organisms entering the eye, causing a serious infection called endophthalmitis.  The Presbymax treatment, developed by Schwind in cooperation with Jorge Alió, Spain, and the OCIVIS group from the University of Alicante, is based on the principles of making a “reading segment” in the center of the cornea, with a circle around it managing far vision.  This treatment is performed solely on the cornea, the first lens system, not touching the lens of the eye, the second lens system.

It is generally thought that Presbymax is better suited for individuals 45-60 years of age, but clear lens extraction is better suited for individuals above 60 years of age.  However, a detailed eye examination must be performed in order to be able to discern which procedure is more appropriate for each patient.  Presbymax treatment is additionally thought to be beneficial for people who have already had a traditional cataract operation performed with a monofocal lens and would like to increase their independence from reading glasses.

Dr. Michael Stade is an ophthalmologist with the Bad Laer eye clinic in Saxony, Germany.  He had a Presbymax procedure performed with the Schwind laser equipment he regularly uses himself.  He is incredibly satisfied with the outcome of the operation.  ”Just three weeks after the procedure, his visual acuity both near and far were sharp and he doesn’t need any glasses at all,” says Dr. Kristinsson. “He tried multifocal contact lenses before and thought they were difficult to use.  Due to the strong research background behind the Presbymax treatment he decided to go ahead with his own eyes.”  According to the interview, Dr. Stade is now convinced that this is the best treatment possible for presbyopia.  The Augljos Eye Center is proud to offer the Presbymax treatment.  Not all patients are eligible for Presbymax treatment, however, and individuals must be carefully examined in order to ascertain whether the individual is a candidate for surgery.